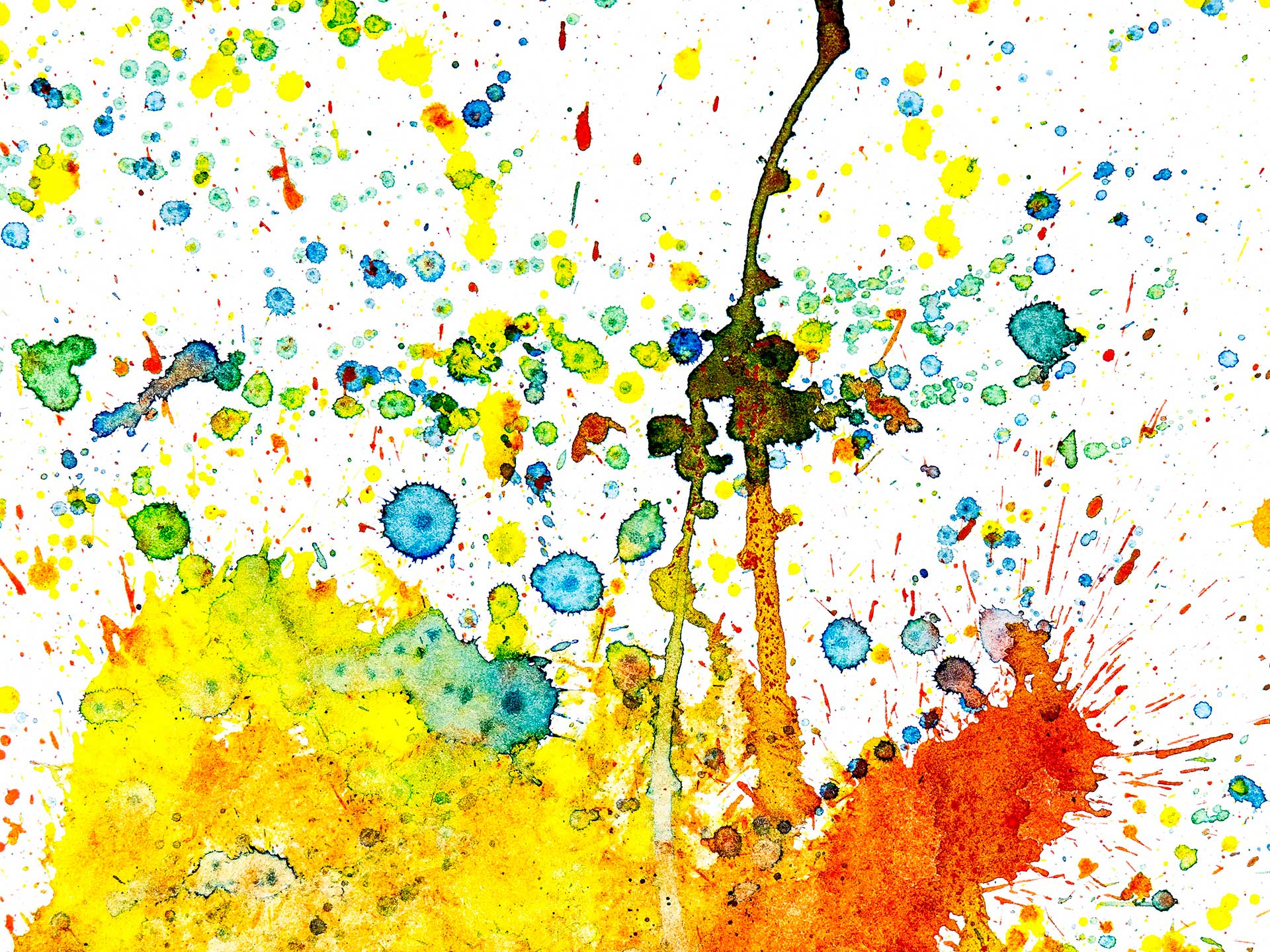 We are soft launching our SaaS platform, 9th July. In the meantime I will be posting 7 blogs before then and one on that date; each of the 7 will relate to a source platform we currently analyse - with more sources to be added to our roster soon.

Today the platform in focus is Unsplash.

In Marcus du Sautoy's marvellous book, The Creative Code he talks about Jackson Pollock's work being far from random, that it's creative approach evolved around something known as a "chaotic pendulum" - probably because Pollock was often drunk whilst working. Because of this rhythmic pattern to Pollock's movements mathematicians are now able to pick out 93% of fake Pollock canvases. It therefore seems as though Pollock's splashes were anything but random and are indeed incredibility difficult to replicate with any creative credibility - whatever sceptics might believe.

Du Sautoy also talks about creativity and financial reward, how that when offered $10, students, in a controlled test back in 2007, opposite those students that were not offered a financial reward, performed far more creatively in a test, where they had to give a story a title - I was not paid for mine!

So what drives the creative community on Unsplash when they get paid nothing, in direct financial terms, when their content is used or seen by others?

First, a quick deviation. It does seem as though Pollock has more of a correlation with Unsplash than might be clear at first glance. Taking a look at the most popular search categories on Unsplash, "backgrounds" and "wallpapers" are by far the most prevalent search terms across categories and of topics, only "nature" and "travel" appear above "textures & patterns" by popularity. It seems as though everyone is seeking out the next Pollock.

Back to reward. Is feedback from others an impetus for creation? Don't we create to help keep other people interested and engaged with us? du Sautoy asks. On Unsplash it certainly seems so. Last year more content was uploaded to the platform than any other year; 489,044 pieces of content to be precise. That's a staggering number for a site that offers virtually zero direct financial reward and had only 212 pieces uploaded in it's first year, 2013.

Compared with content views, that number is tiny, however. Really tiny.

In relation to downloads, the most downloaded contributor is Annie Spratt with 38,210,018 downloads of her content in total (as of April 14th). If each user had paid just 1 cent per download, Annie's images would have brought in $382,100 income.

Out of interest, The Dell XPS laptop, has 22 images posted of it on the (Dell) XPS page, each of which have been downloaded over 199,000 times, on average.

The most successful contributor by downloads per image on Unsplash, as of April 14th, is a laptop, with zero likes.

This gives some insight into how Unsplash make their money - what they call Unsplash for brands.

In January, Unsplash introduced an "available for hire" option for contributors. They also encourage those that use creator content to credit the creator, but it's still somewhat baffling - to me - that so many people choose to give their content away for free.

It seems as though Du Sautoy is onto something when he talks about doing things creatively for engagement and interest. In many respects it's an extension to social media in this dynamic. Although it's quite clear how Instagrammers can make money from their content and followers, with over 100,000 creators on Unsplash, that between them have posted over 1,150,000 images, it's not as immediately clear and obvious - Unsplash do give those that are willing to post decent content extensive exposure, which of course can and does lead to commercial opportunities.

There really are some very good photographers on Unsplash, but they are hard to find. There are a fair amount of Jackson Pollocks, our task is to remove the fakes from the originals, which is what we do algorithmically. We make finding the best creators easy, comparing the best we find on Unsplash with those on EyeEm and elsewhere, for example.

Here's the top three images for 2020 and 2021, so far, showing how Covid 19 and lockdown have clearly impacted what has been downloaded from Unsplash:

The essence of our system is in analysing reams of creator data when recommending the best creative options on Unsplash, or any other source platform, combining the best results into a searchable index.

If you are a leading agency and would like to get early access to our platform, let me know. Equally, if you are one of the "big" agencies and you'd like to invest in the future of freelance creative talent discovery, please reach out to me, as our bespoke enterprise offering could be the way forward.

I spent 18 years commissioning creatives, I know how hard it was. I even invested in a leading crowdsourcing platform. All that taught me was; it's not the solution, so I resigned from the board and built Curation Zone.

Special thanks to Dentsu - especially James Thomas - for working with us over the past months and Michael Schrage, of MITs Media Lab and author of Recommendation Engines and other stellar books, for fine-tuning the elevator pitch and much more besides. 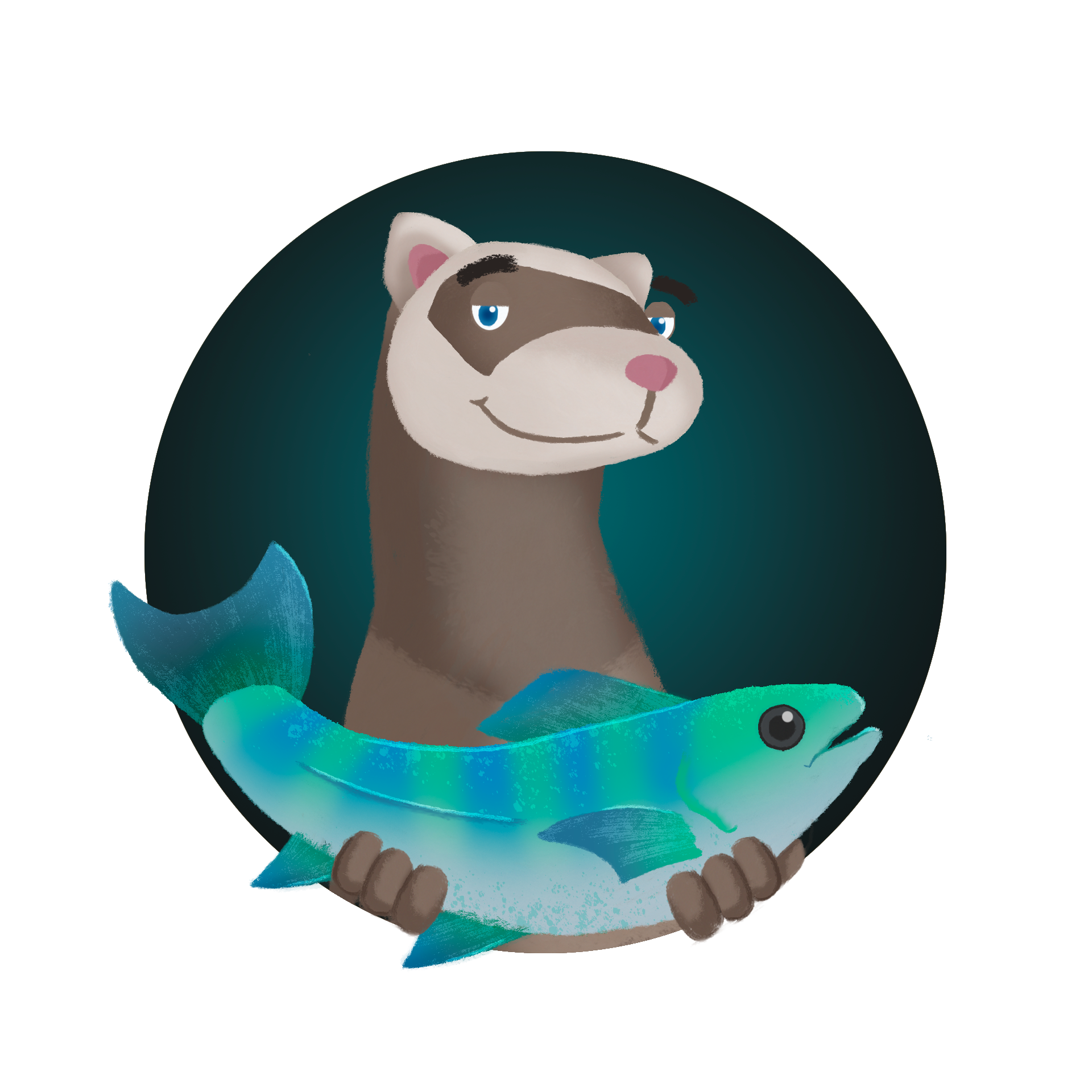 Ad Agencies: are you afraid you might be using the same freelance talent on a major pitch as a rival? If not, you should be.

Ad Agencies: are you afraid you might be using the same freelance talent on a major pitch as a rival? If not, you should be. 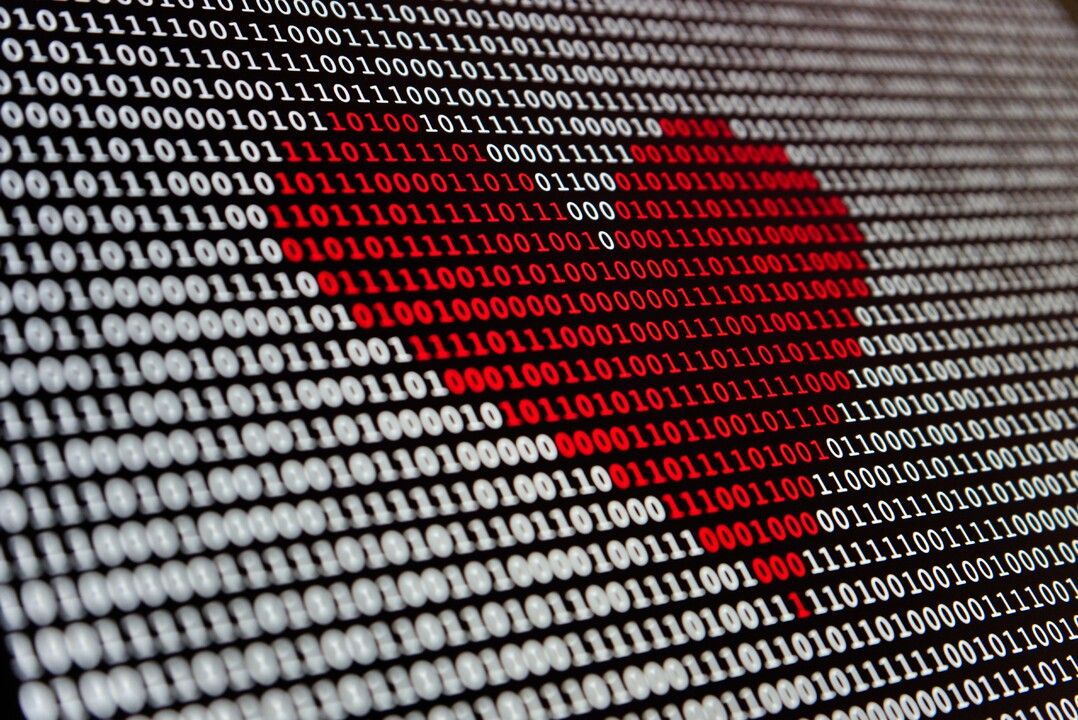 Toward a New Mind-Machine Partnership for Creative Talent Search, Discovery and Validation

Creative teams find themselves up against an evolving set of challenges which require a new mindset. The increasing pace of the creative industry has meant that teams need to work not just faster but smarter. Change is ever present. New platforms emerge and evolve and time frames are ever more fluid. As a result, creative teams need embrace the multi-layered nature of every project all while maintaining a commitment to quality. 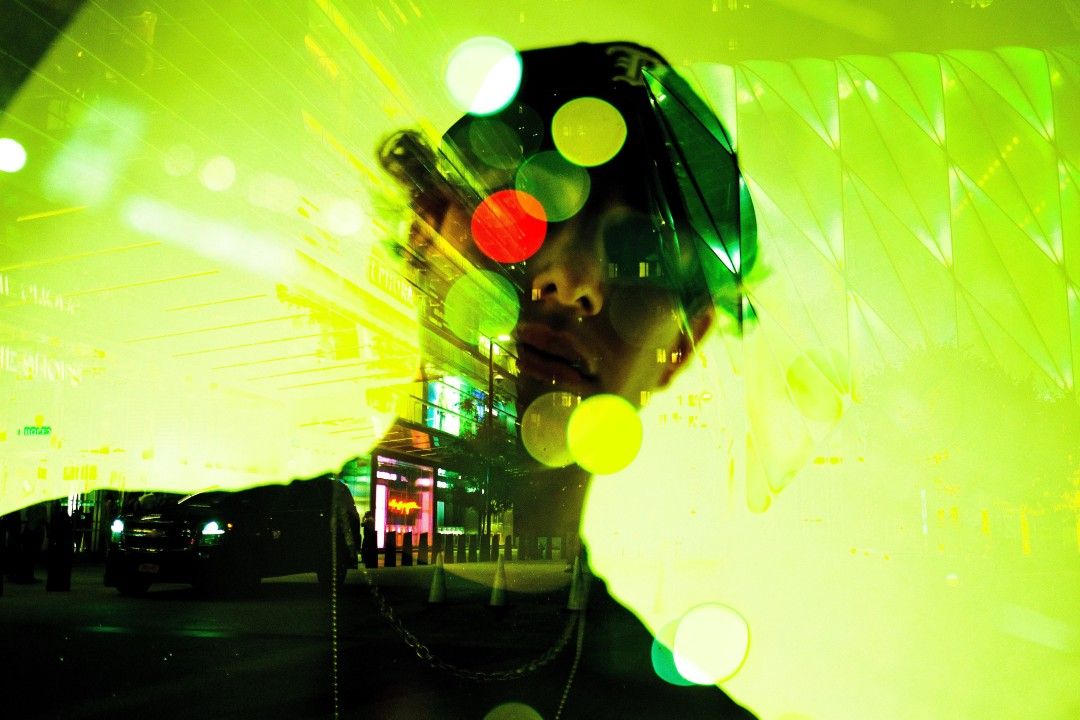 Having spent over 20 years traveling the world putting together video and photo shoots, I have for some time been perplexed by the lack of cohesive data available to anyone looking to hire creative talent. It's no wonder that brands and agencies seem to play it so safe. 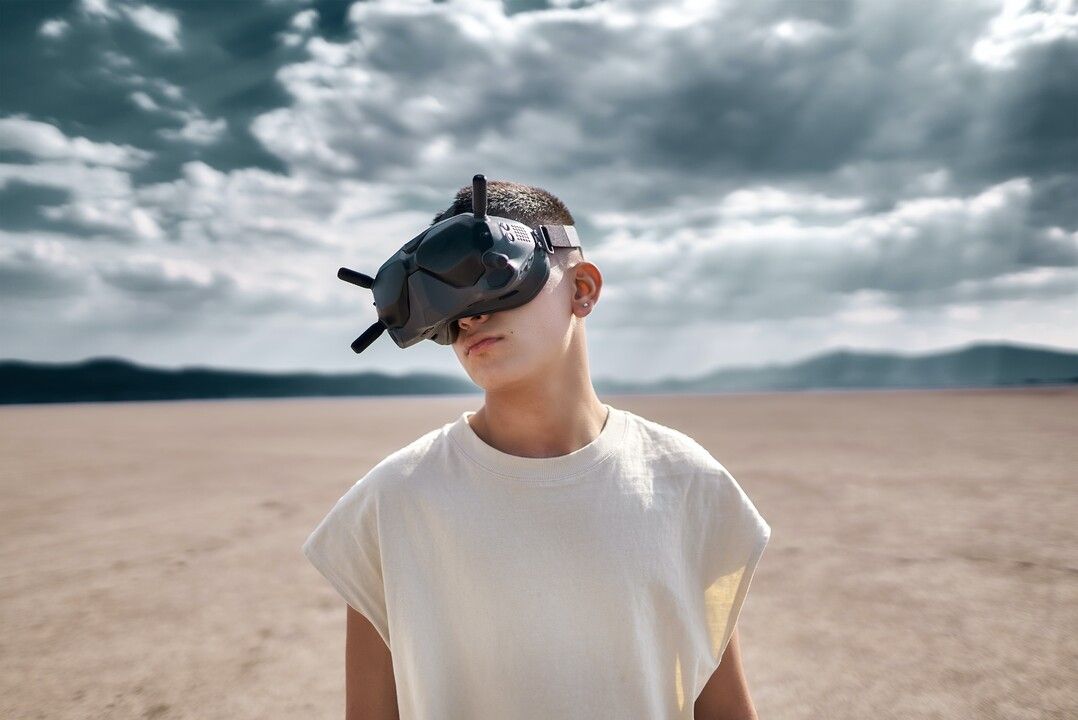 From the producer, brand and agency perspective, Curation Zone is providing a one-stop discovery shop to find the best possible talent from across many of the industry leading platforms; including Behance, Vimeo, Le Book, The Dots, IMVDB, Dribbble, Talent Manager, AdForum, Mandy and seven other creative talent source platforms - with more to be added soon.